Eddy the corn snake had developed a hernia as a result of producing eggs after her surgery last year, unfortunately she's a particularly productive snake that produces very large clutches of eggs twice a year (normal corns produce around 15 eggs once a year and she produces between 20-35 twice a year). The vet puts this down to her high level of care. I was hoping she'd resorb the eggs but instead she seems happy to take them full term, even when infertile.

Last year she had two eggs merge into each other so she couldn't pass them naturally and required surgery. Unfortunately she produced another clutch of eggs only a month after surgery which weakened her abdominal wall and her next clutch earlier this year weakened it further. She was ready to lay this years second clutch yesterday but this time the hernia formed at the surgical site so she went straight to the vets to have it examined.

The first thing the vet said was "I like it when your name comes up because you present unusual cases", meaning it's never anything to do with poor care or husbandry which is what they usually see reptiles come in for. She was also referring to my JD who went in for surgery to have a tumour removed from her kidney. Apparently the internal skin in that area is already paper thin and the hernia itself may not be too bad of an issue but the concern was her passing the eggs. Fantastic news this morning however, as she managed to lay the eggs! So I'm going to e-mail the vet to see if she is happy to allow Eddy to heal on her own (which would be the safest option) or if she feels surgery is required (going by the discussion in seems that route would be last resort). I think this would depend on the hernia and weather it improves or not now that the eggs are out.

We discussed some interesting topics such as providing sufficient space for snakes as many owners don't realise that snakes (and reptiles in general) love the space to explore and move, as well as the provision of UV lighting for snake and nocturnal/crepuscular species of lizard who would all be exposed to UV to varying degrees and do utilise it. These are some of the things I strongly advocate and encourage.

I'm hoping that now Eddy has no more eggs due that she can finally focus on healing.

Sounds like you have a very caring vet. Wishing the best for Eddy, and she has a complete recovery. :love_heart:

Thank you for letting us know and I wish Eddy a speedy recovery.

An update on Eddy, for about a week she mostly slept and didn't want to leave her hide so I decided to give her a bath to hydrate her. 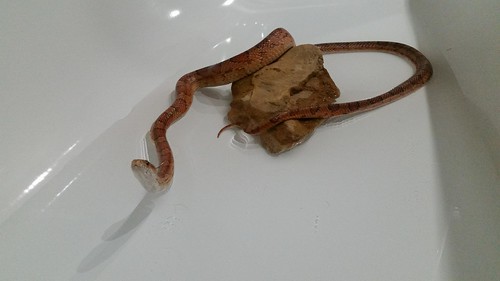 This was her hernia after the bath, very much reduced from what it was but still looking a bit swollen 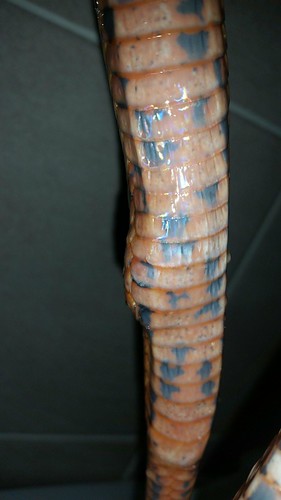 She sat in the bath for a while and then curled up on her basking shelf for a rest, she also had some dinner which perked her up loads. 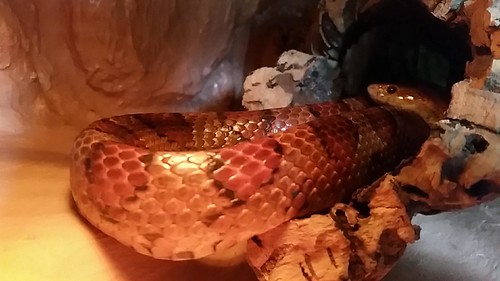 Now she's back to her hyper self, she couldn't wait to come out for a slither around the room the other day and is back to being interested in everything I'm doing. She's just got to put on weight now but her mood has gone right up!

It is good you found that vet for JD and Eddy. I hope she keeps getting better.

Thanks for the update! I'm so glad she is getting better! :snake2:

Definitely a worry off my shoulders, especially as the hernia is almost invisible now. And I’m lucky to have a really good vet too, sometimes I have to travel out further to one of their further branches but always well worth the trip.

How far away is the vet?

It’s about 15-20 mins to the closer branch or about 45 mins to the distant branch which is an eternity when you’ve got a snake that really doesn’t want to be in a car (she travels in a plastic storage box with a hide inside but she doesn’t like the motion of the car so tries to get out the box).

I know what you mean...a trip to the vet is never fun but I didn't realize that the car movement would affect her. I wish vets made house calls!

LOL Silly girl. Can you imagine the reactions of other drivers if they saw her on the window? Good thing she has a box to hide in.

Haha, it would certainly liven up their journeys. There were two women at the vets waiting and they saw the box I was carrying, when I told them it was a poorly snake they were really interested to see her. One thing I liked that the vet said was they were taught "snakes aren't scary, they're wiggly" lol.