In Loving Memory Of Kobe 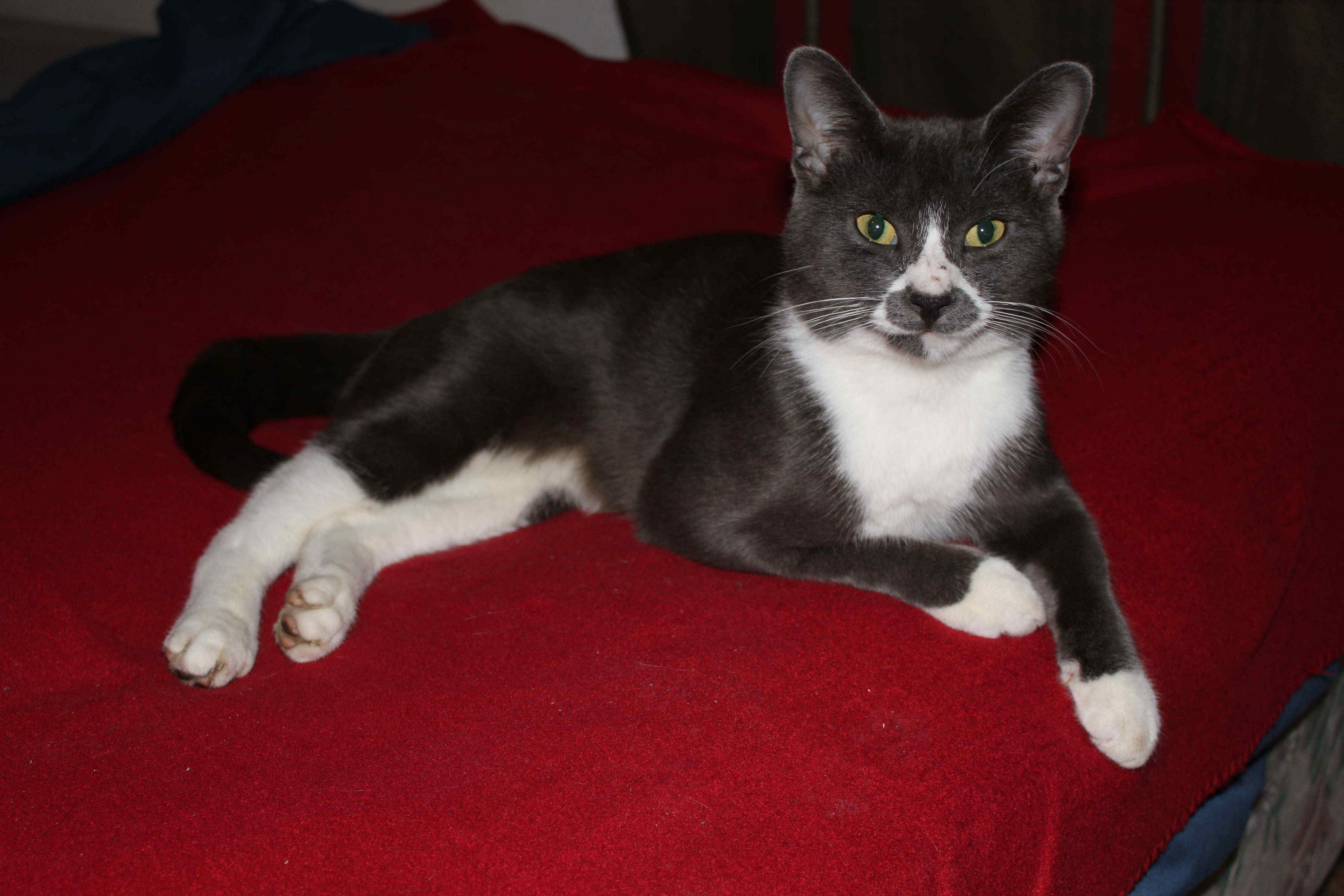 My heart is broken once again. I had to have my dear Kobe put to sleep the other day (February 17, 2021) after he had become ill. I just can't believe it. He wasn't quite a year old, and I had hoped we were going to spend many wonderful, happy years together. Kobe came into my life on April 28, 2020. And yes, he was named after basketball legend, Kobe Bryant.

He was a tiny kitten of only a few weeks old. He could’ve been over a month old, but I’m uncertain. He was tiny. I had walked outside on the porch that day and heard a kitten meowing nearby. At first I thought I was hearing things. I walked around and looked, but couldn’t see it. It hushed for a while, then started again. Then, I opened the hood of the truck and looked in there and spotted him. A tiny grey kitten with a little bit of white on it. A beautiful little kitten. It wouldn't come to me at first, though.

Later that night, it came up on the porch just below my bedroom window and started meowing like crazy. I went out there and put out a few pieces of shrimp flavored Temptations cat treats for him to eat. Treats that had belonged to my dear cat Lady G. He was skittish at first, but by day three, we were best buds, and he was climbing all over me, even up on my shoulders. Even headbutted my hand like Lady G. used to do. He was so full of energy, and would happily play all day.

He loved playing, and it was such a joy to watch. When he was still pretty small, I had an empty water bottle I would roll towards him, and he would slap that thing all over the place, fighting and rolling with it in the grasp of his little paws. That bottle was as big as him, and it was his favorite thing in the world. He loved playing with that bottle. He played with it every day, and for long periods of time. I once placed a large mirror on the porch for him to see himself, and it was just the cutest thing to see.

Kobe would look at himself in that mirror, bow up, and run back and forth, while staring at himself. He would even look behind the mirror thinking another cat was back there. It was so funny watching his tiny self bow up like he was this big, bad cat. His little self seemed so healthy, and just as happy as could be. And of course, I was too. Finally again. I’ve always been a cat person, and they seem to know they can easily steal my heart.

As Kobe got a little bigger, he would often run and slam into my leg when I was outside playing with him. I am not kidding, he would literally run hard into my leg and wrap it with his front legs and paws. It would nearly knock me down if I weren’t paying attention to him. I thought he was going to hurt himself, but that little joker was as tough as nails.

While outside, he would often run and climb up the Lady G. tree. A small tree I named after Lady G. He would also climb up into the large live oaks around the house, and walk way out across those limbs. That scared me nearly to death. I would call for him to come down, but he was determined to do as he wished.

He loved to climb and wasn’t scared a bit. And just like human kids, Kobe would get into everything. OMG he could be a handful at times! He would chew on everything. Even cables. I had to keep a close eye on him while he was inside for fear he would chew on something I had plugged in. But Kobe knew he had me wrapped around his little paws. I could never get real mad at him. He was just being a cat.

Once Kobe got a little older, he started going outside at night more often and wandering around. He was an indoor/outdoor cat. I wanted him to be free and do cat things, instead of being stuffed inside the house all day. I kept my bedroom window slightly open for him to come and go as he wished. Something I’ve always done for my cats.

If I had the window closed at night, he would moan and paw at it, begging to go outside. Sometimes he’d go out and use the bathroom and come back in after a few minutes. Other times he’d go out and be gone for several hours. One of those nights he did get into a fight, or maybe even attacked, and was injured, possibly bitten, which may have contributed to his illness. I never got Kobe neutered, and I do regret not doing so. I did plan on getting him neutered soon, and doing so may have prevented him from wanting to ramble at night, possibly even saving his life. I feel guilty for not getting him fixed sooner.

On the morning of February 17, 2021, I was asleep in the recliner, and Kobe was sleeping in my room with the window closed at the time. Sometime that morning, Kobe jumped up on the arm of the recliner and woke me up. He then quickly hopped over onto the couch and laid down. I immediately saw that he was very ill.

As I was getting up, he went towards the front door to go out. He was wobbly when he walked. And would lay down as if he was extremely exhausted. I got him and took him to a vet not far up the road. He appeared to be in very bad shape, and it was such a heartbreaking thing to see. My God, it was just terrible.

The vet tested Kobe’s blood and told me that he had tested positive for both feline leukemia and feline immunodeficiency viruses, which she said both were deadly viruses. I was told the best decision was to put him to sleep because most likely he wouldn't have been able to recover from this. So I agreed to have him put to sleep, which is something I’ve never had to do to a pet before. And I know I’ll think about this decision for the rest of my life. I do know that my dear Kobe was pretty sick that day, and it was probably best for him. I love Kobe dearly. And he knew he was dearly loved, so I feel good knowing that.

Kobe was such a sweet, loving boy. We didn't quite have a year together, but we hit it off from the very beginning and became very close. He brought so much joy into my life with the little time we were blessed to share together. And he always managed to put a big smile on my face. Always! Now, he and my dear Lady G. are together. Two special feline friends that will be carried inside of my heart for as long as I live.

Thank you my dear Kobe for coming into my life, and for being such a loving, special little friend. And thank you Kobe for all the joy and beautiful memories you have given me. Memories I will cherish forever. You were, and will always be, a blessing to me. Thank you for everything, Bubba. And I promise you, I will never forget you! We are friends forever!

Rest in peace Kobe. I dearly miss you and dearly love you, buddy!

You may view more pics of Kobe at this link: https://ibb.co/album/2SJMJN 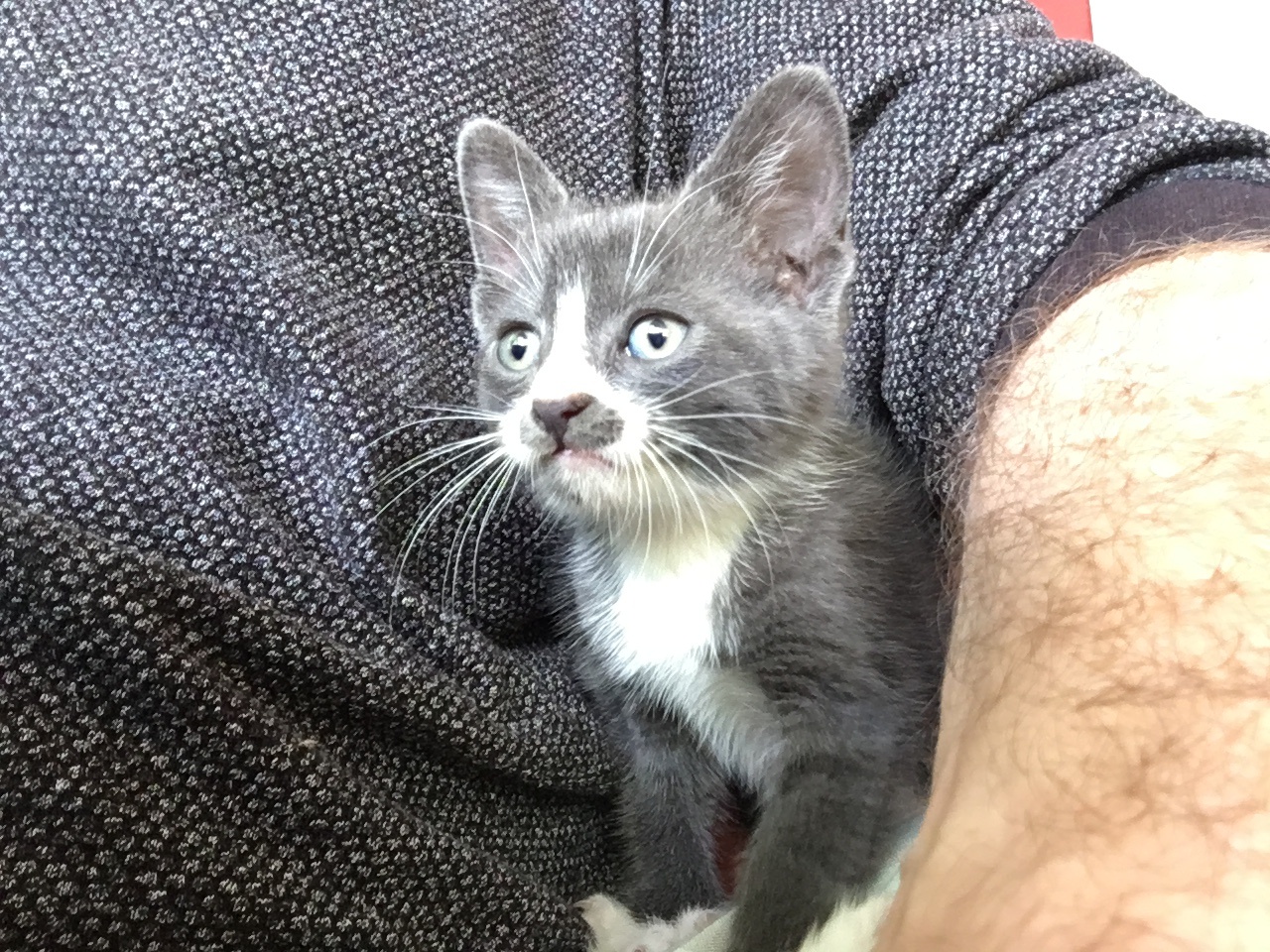 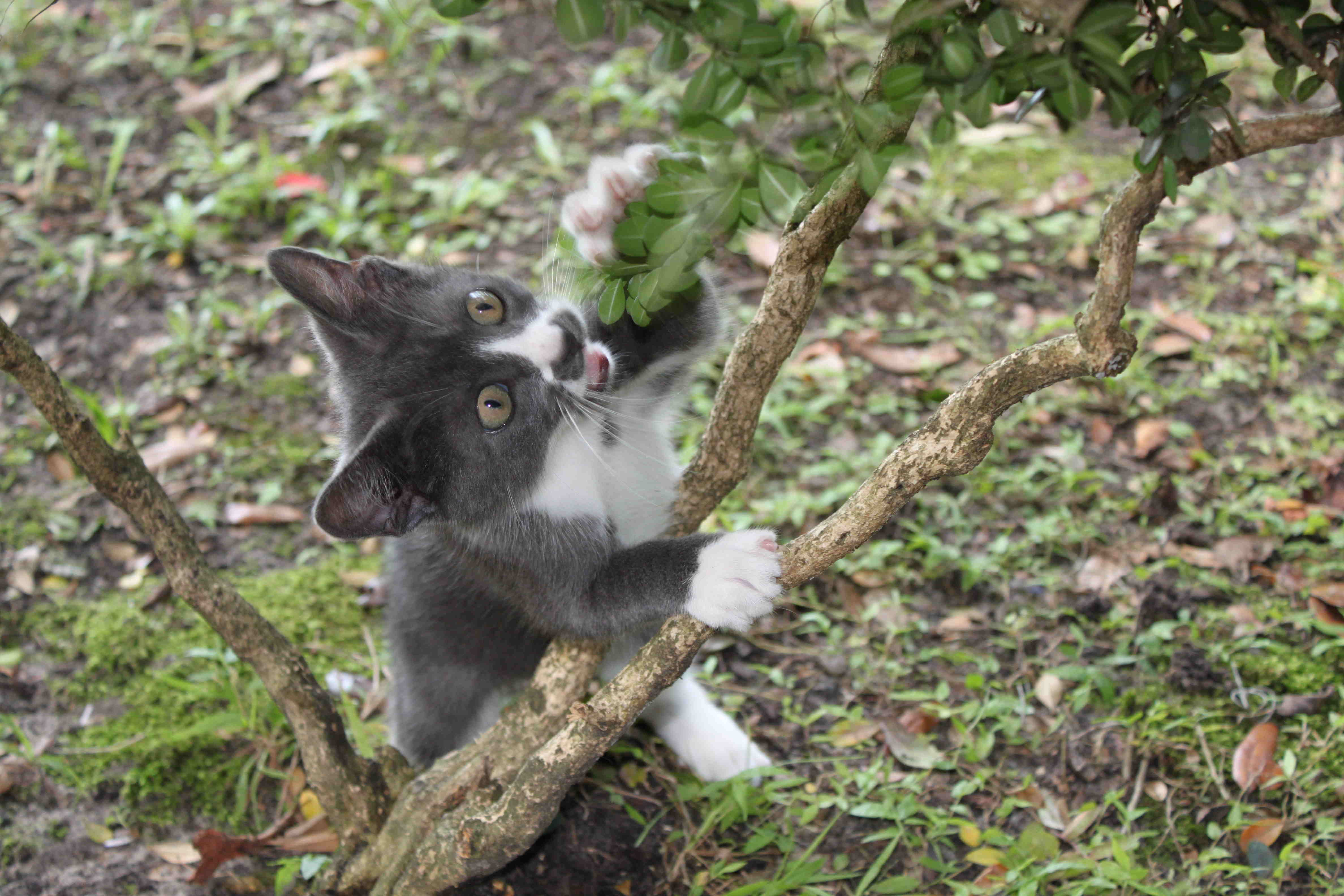 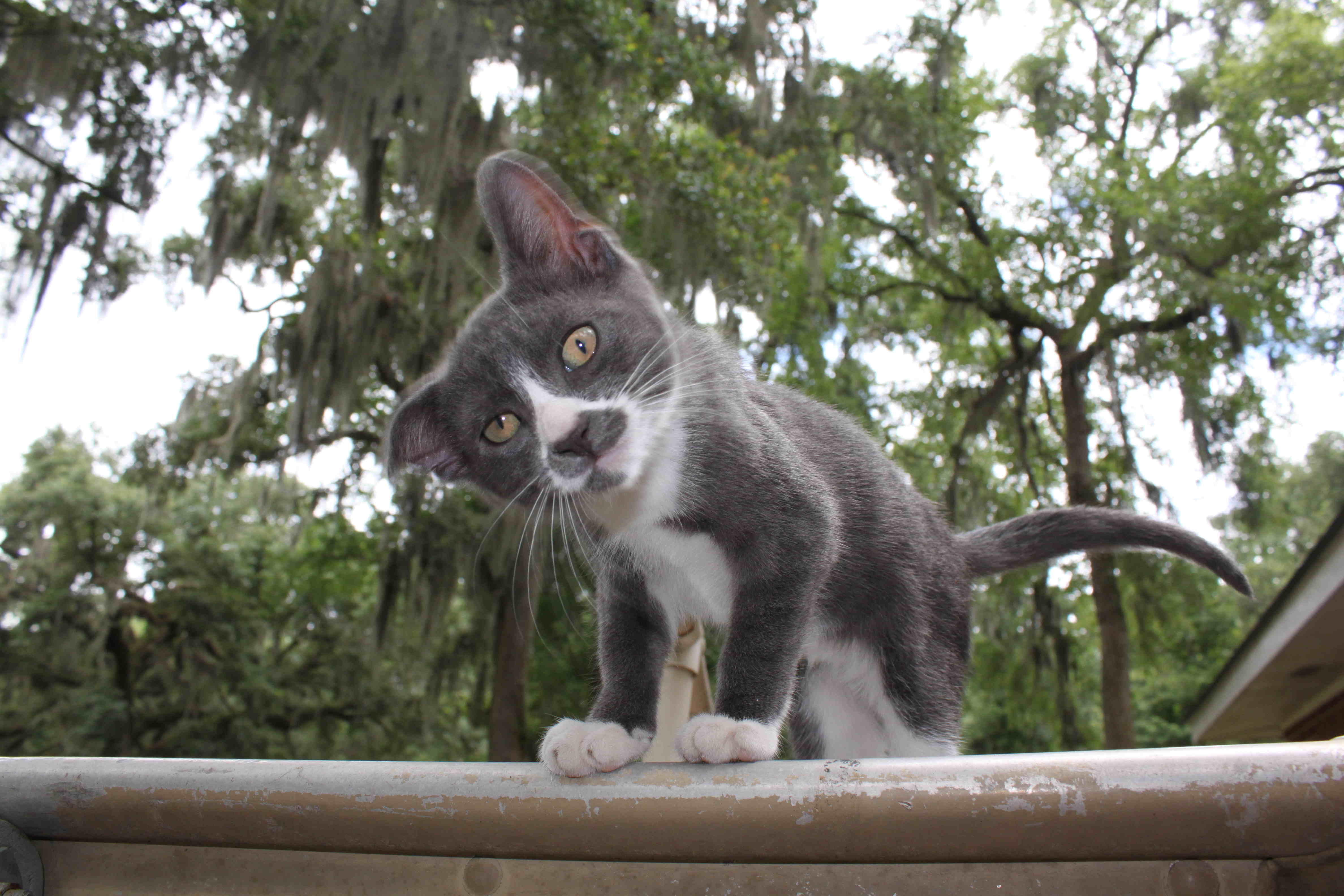 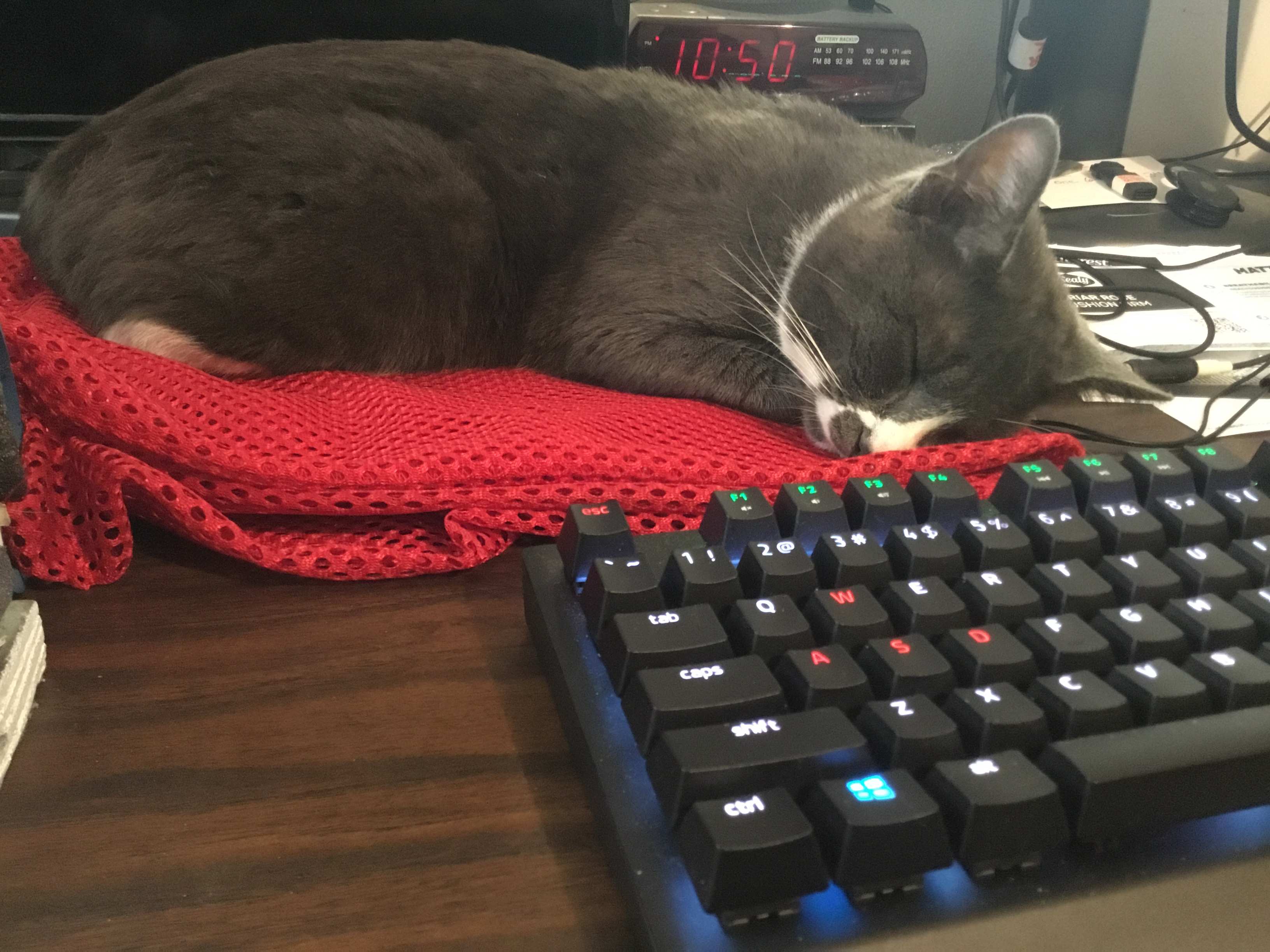 Very sad news Jeffrey, he was a handsome cat and looked very sweet and loving. My condolences, may he rest in peace. 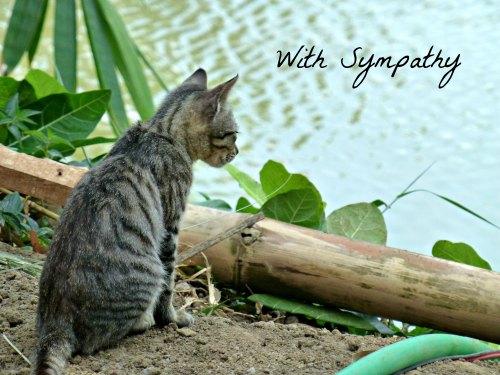 Alpha1 said:
Very sad news Jeffrey, he was a handsome cat and looked very sweet and loving. My condolences, may he rest in peace.

Thank you Alpha1.
You must log in or register to reply here.