It's been a while since I last posted so I'll start with an update on the snakes. Benny had a faecal sample tested a few months ago, he's been ill off and on since last year, so during his last wobble I had a sample sent off to test for parasites. The vet initially came back stating there may have been a mix-up on the results or he's an anomaly as his results came back with lizard parasites that are not seen in snakes. Turns out his results were mixed up with a bearded dragon but he does have parasites more commonly seen in lizards rather than snakes. I got the medication and had already been housing him in a sterile set-up (no bedding except paper towel that was changed daily).

After fours days of medicating him it was clear he was responding poorly to it. When he saw me he would cautiously back away and slowly slink off to a different hide, he stopped eating and wasn't happy so I stopped the medicating and decided to do something special for him. For one quarter of the enclosure I added soil and live plants, the second soil touched the enclosure he immediately came to investigate and stuck his head straight into it!!! He was so happy with the substrate, I had to move him to one side a few times to finish adding the soil but he'd keep coming back to play in it.

The next thing I did for him was to install a UV-B light, the moment it was switched on he immediately started smelling everything to investigate as he could tell the lighting was different, he seemed so curious by it all! I've managed to get him eating again but he will only eat small food, if he thinks his food is too big he won't eat, I think he's worried it will upset his stomach. But at least he his happy to see me again, he'll now want to know what I'm up to when he see's me.

I also got a CCTV camera to keep an eye on him when I'm not around. 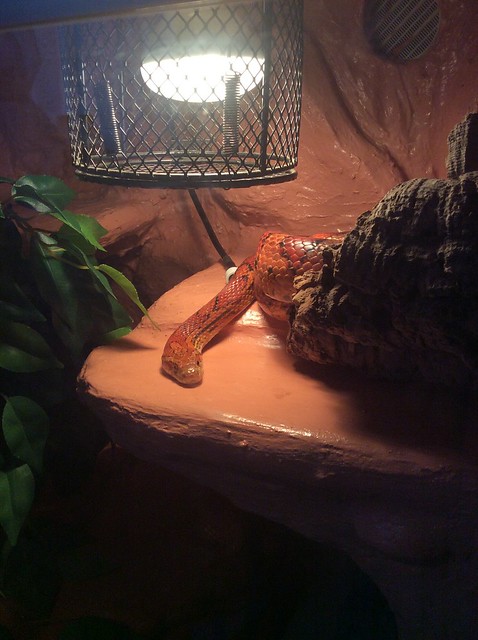 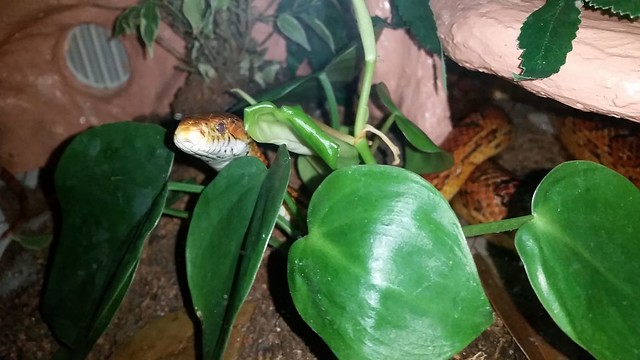 Sounds like you did some good things for his enclosure Cat. I'm glad he perked up after that and hope he continues to get better.

Thanks Furballs, Yeti and Alpha!

He ate dinner a lot quicker today! Usually he looks at it for about 15 minutes before deciding its food, but he seems to be getting faster with eating. He also looked like he was searching for more so I will increase his food and see how he goes. I've also been gradually allowing him out for more exercise to build his muscle mass back up as he's a bit weak, but seems to like exploring (I open the door and let him come out on his own if he wants to).

He's getting extra vitamins in his water for energy too, which seems to be helping a lot, he just needs to gain weight so really hope he doesn't have another funny turn. For now though he seems in high spirits and things seem to be looking good for him.

That's good to hear Cat, you take such good care of your pets, the love shows through. :love_heart: